A receptor can be described as a lock on the surface of a cell. When the correct key binds with the right receptors, it delivers a message such as the message of pain. These receptors are used to receive endocannabinoids that our body naturally produces as well as phytocannabinoids (plant based) such as CBD and THC. CB1 and CB2 receptors can only accept cannabinoids in order to fire which led us to find humans make our own cannabinoids. THC fits perfectly into CBD1 receptors which are primarily bound in the brain and explains it’s ability to create a high.

CBD does not fit directly into CB1 or CB2 receptors but displays unexpectedly high potency as an antagonist of CB1 and CB2 receptors. This raises the issue of breaking down the cannabis plant into individual compounds and how they act compared to leaving them as a whole and experiencing a synergistic effect, having all the cannabinoids acting together as nature intended.

The two most famous cannabinoids found in cannabis are THC and CBD but there over 100 more that are best used together in its natural state than pulled a part and offered as single molecules. However the cannabis plant doesn’t directly make THC and CBD, rather it makes acids which are converted through some catalyst such as heat. When THCA, A for acid is heated, one gets THC and a psychoactive affect.

Some other cannabinoids produced by cannabis are:

CBDA and THCA are the most abundant cannabinoids in most cannabis strains but CBGA is the starting acid that enzymes in the cannabis plant use to make CBDA, THCA and CBCA.

The major differences between the cannabinoids are determined by the extent to which they are psychologically active. Three classes of cannabinoids, the CBG, CBC and CBD are not known to have such an effect. THC, CBN, CBDL and some other cannabinoids on the other hand are known to be psychologically active to varying degrees. Cannabinoid acids do not have any psychoactive affects, but they do have antibiotic and insecticidal properties which help protect itself.

In modern western life, people are becoming more inflamed through poor nutrition, environmental toxins and sedentary lives. As technology has evolved, we are becoming more lazy, using more harmful chemicals and eating quick and easy processed foods, all which have been shown to be pro-inflammatory.

Inflammation is regarded as the root of most diseases, which is why it is so important to be consuming plenty of natural anti-inflammatories in our diet. Most plants in our diet are anti-inflammatory but the cannabis plant especially has been shown to suppress inflammatory response and subsequently decrease disease symptoms.[1] The flavonoids present in cannabis and many other plants are potent antioxidants as well as the cannabinoids which work together and offer anti-inflammatory effects throughout the body. 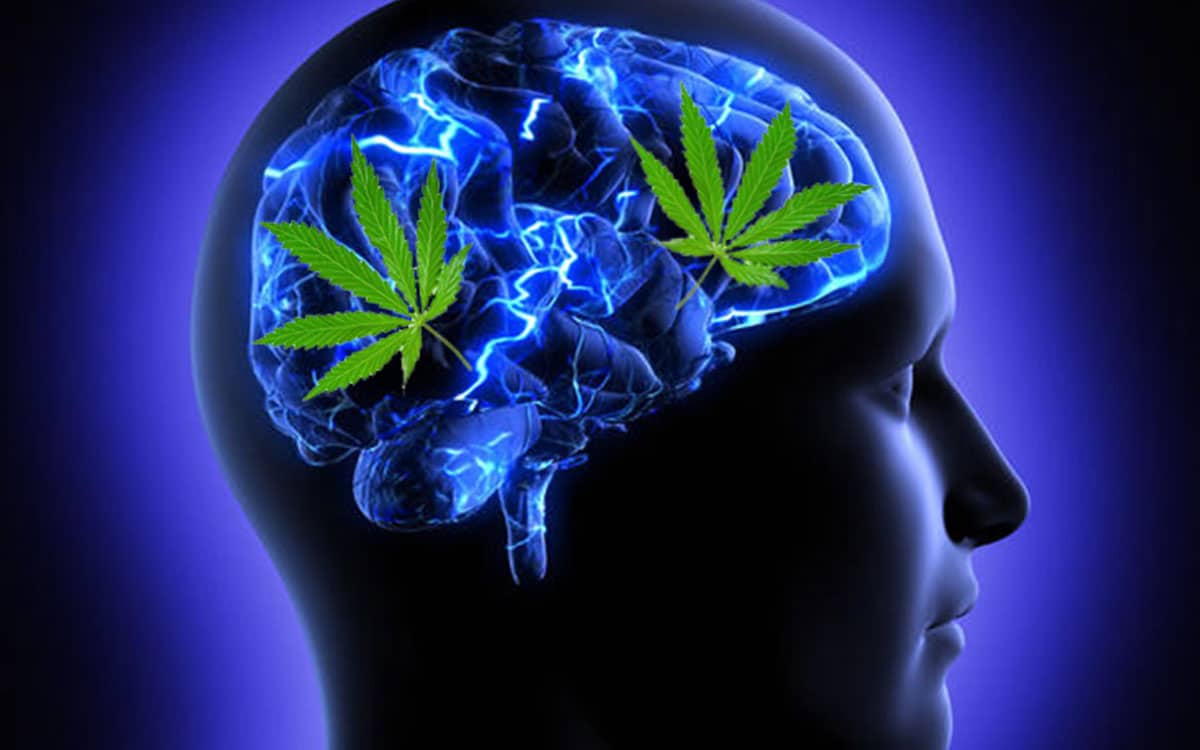 Cannabis has been shown to induce tumour cell death and inhibit tumour angiogenesis, the growth of blood supply to cancer cells. Being able to slow down and reverse the blood supply to a tumour is one way to help the body take control of it and stop a cancer from spreading.

The cannabinoids in cannabis may also be beneficial in certain types of cancers that are caused by inflammation. In these inflammatory situations, cannabinoids can either directly stop tumour growth or suppress inflammation and tumour angiogenesis.[1]

Chemotherapy can be a life saving option for some cancers, however as it kills cancer cells and immune cells, when the treatment stops, there is no immune system left to contain any remaining cancer cells which can thrive without an immune system to stop them. There are plenty of anti-cancer cannabinoids in cannabis that work best together, rather than just CBD or THC separately.

Immune cells are supposed to recognise abnormal cells and destroy them, however a tumour can go unrecognised because it looks like a normal cell. Cannabis has been shown to help refocus the immune system to better recognise cancer cells.

However, not all cancer cells respond the same way as they all vary in forms and size. Some respond well to cannabinoids and some don’t. While it can help your body fight the disease cannabis is not a locked in cure for anything. Cannabis can however help cancer patients beyond fighting the disease by mitigating some of the negative side effects of chemotherapy such as nausea and lack of appetite.

*There are no official clinical trials on the interaction between human cancer cells and cannabis. These results have come from animals, cancer patients and unpublished studies

Cannabis can help digestive issues such as leaky gut, IBS and colitis through its host of anti-inflammatory and relaxing properties. [3]

Pain is now one of the most over treated problems with harmful pharmaceutical drugs. Most prescription opioids are very easy to get addicted to and can easily be overdosed on and negatively impact the user’s life if not careful. Cannabis is a great natural alternative that has been shutdown by pharmaceutical companies that can’t have people growing their own pain medication at home for free. Humans did not evolve consuming large amounts of isolated molecules which is what drug companies offer. Rather, our bodies are expecting a full spectrum natural solution and therefore respond best to plants as a whole.

If cannabis was rediscovered today it would be promoted as a wonder product and would be consumed all over the world with fantastic results. Unfortunately it is still battling the stigma created 80 years ago by the paper and pharmaceutical industry but now is finally breaking through into the mainstream as more and more people realise how beneficial it is for our health.

Cannabis and natural health is a huge threat to the pharmaceutical industry. If people knew they could grow their own medicine in their garden they would be pushing for the legalisation of cannabis which could majorly affect pharmaceutical profits.

The pharmaceutical industry is obviously aware of this and are producing synthetic, trademarked cannabinoids which might look like an attractive option, don’t have the cannabinoid synergy affect and health benefits that simple plant extracts do. Many pharmaceutical drugs have been known to affect one’s personality whereas cannabis does not. Pharmaceutical opioids and pain killers come with a host of negative side effects and accounted for approximately 50,000 recorded deaths in the USA alone during 2016.[1]

There are so many different types of drugs used to treat a huge range of diseases and symptoms, some can be life saving but long term use of the majority of pharmaceutical drugs can lead to significant health complications. Cannabis and it’s extracts can be a great long term solution, especially for pain.

The cannabis plant is much more therapeutic and beneficial than pharmaceutical replicas. Pure THC is available as a pharmaceutical drug called Marinol yet cannabis is illegal because of the THC in the plant, even though cannabis as a whole is far better and less psychoactive than pure THC.

In New Zealand one can get a prescription for Sativex which is CBD and THC actually from the cannabis plant. This is probably one of the best pharmaceutical options but has a 1:1 ratio of CBD and THC, not something one would find in a natural cannabis oil extract or hemp CBD. It is all the cannabinoids working together which makes cannabis so good, and the reason why it has been grown and consumed for thousands of years.

As cannabinoid receptors are everywhere except the brain stem, no one has ever died from an overdose. There are ways for the substance to be used and disposed of all over the body so it is one of the safest therapeutic substances known to man.

However the THC in cannabis can cause a high if not balanced with CBD and other cannabinoids which can result in anxiety and a loss of control.

Cannabis can interact with pharmaceutical medication. Like with many chemical compounds, there will be some kind of reaction when put together. Caffeine for example has 82 different drug interactions, while even something as innocent as grapefruit has many drug interactions.

Most cannabis interactions are very mild and some even have a positive effect and increase the effectiveness of a drug. However even if the interaction can be beneficial, it is always a good idea to seek medical advice and monitoring when consuming different drugs.