By Ron Goedeke
Posted April 3, 2019
In Cannabinoids
Cannabinoids2019-04-032020-02-21https://cbd-oil.co.nz/wp-content/uploads/2018/06/logo.pngCannabis and CBD Oilhttps://cbd-oil.co.nz/wp-content/uploads/2019/04/what-are-cannabinoids.jpg200px200px
0
byRon Goedeke
Evidence Based This article is based on scientific evidence, written by an expert. This article contains scientific references linked throughout.

Cannabis contains over 100 different compounds called cannabinoids where CBD and THC are a couple of the most abundant and well researched. The cannabis flower, present on the female cannabis plant is covered in resin glands where cannabinoids such as THC and CBD are extracted from. Cannabis resin is a dark to light brown substance which is scraped off the surface of the cannabis plant and pressed into a solid lump, sometimes referred to as hashish.

Cannabidiol (CBD) is the most abundant cannabinoid that accounts for approximately 40% of the cannabis resin and is often consumed in the form of an oil. CBD first gained serious media exposure when it was shown to stop epileptic seizures live on television. CBD can affect multiple different pathways in the body at once, making it very difficult to isolate effects and interactions, yet all results tend to be a move to homeostasis.

It is non-psycho active because of its lack of attraction to CB1 receptors, the ones that cause the high but does play a role on CB2 receptors found through the rest of the body.

Cannabidiol has a strong gene transcription, the ability to upregulate and down regulate a huge range of genes in favour of a healthy outcome. With the endocannabinoid system spread through almost every organ of the human body, and CBD having the ability to influence it, it is easy to understand how it can be so beneficial as it mimics our bodies own endocannabinoids.

Tetrahydrocannabinol (THC) is the most well-known cannabinoid, famous for its psychoactive properties. It focuses on the CB1 receptors, found in the brain giving its ability to cause a high. THC will only become psychoactive when heated which means full plant extracts when consumed as an oil will not cause a high.

taking pure THC will create a significant psychoactive affect and possibly result in a loss of control and anxiety. However when coupled with CBD, the high is reduced and the absorption and benefits of CBD are greater.

The multitude of compounds present in the cannabis plant have been designed to work synergistically together to enhance the benefits and decrease any negative side effects. When singled out, individual molecules can create side effects and will not work as well as the entire plant intended. Unfortunately due to most regulations around the world, most forms of cannabis oils have the THC completely removed, whereas even at low doses it can improve the quality of the CBD oil and offer benefits in its own right.

The two most famous cannabinoids found in cannabis are THC and CBD but there over 100 more that are best used together in their natural state than pulled a part and offered as single molecules. However the cannabis plant doesn’t directly make THC and CBD, rather it makes the acids THCA and CBDA, where A is for acid. These acids are then converted through some catalyst such as heat to THC for example and only then does the THC part of cannabis become psychoactive. Basically just raw consumption of the plant should not create any psychoactive effects.

Some other cannabinoids produced by cannabis are:

CBDA and THCA are the most abundant cannabinoids in most cannabis strains but CBGA is the starting acid that enzymes in the cannabis plant use to make CBDA, THCA and CBCA.

The major differences between the cannabinoids are determined by the extent to which they are psychologically active. Three classes of cannabinoids, the CBG, CBC and CBD are not known to have such an effect. THC, CBN, CBDL and some other cannabinoids on the other hand are known to be psychologically active to varying degrees. Cannabinoid acids do not have any psychoactive affects, but they do have antibiotic and insecticidal properties which help protect itself. 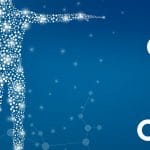 The Human Endocannabinoid System
10 Evidence Based Benefits of CBD Oil