Extracted from the cannabis plant or hemp, cannabidiol (CBD) is a natural and safe way to control anxiety and its symptoms. The known effects and benefits of this amazing natural product have been accepted for thousands of years and yet only recently have researchers started to put resources into understanding the science of it.

The two most abundant cannabinoids in cannabis are THC and CBD. THC is famous for the high effect and in some people can actually cause anxiety. CBD on the other hand has been shown to reduce anxiety, and help control the effects of the high and anxiety sometimes experienced with cannabis, with no harmful side effects.

Anxiety affects a large percentage of the population in the developed world with millions of people suffering. Many people struggling with anxiety have been prescribed medication. The medication can work in many cases but often has a string of less than desirable side-effects. People continue to take their medication because the side-effects are worth contending with, as the anxiety can be life-hindering.

Cannabinoids such as CBD, bind themselves to special receptors in the brain and it is here that CBD works to help combat anxiety.

Unfortunately, CBD oil is often the last resort for those looking for a way to cure or control their anxiety as it isn’t widely known. Like many herbal remedies, it is easily overlooked but there is an overwhelming amount of growing evidence that suggests CBD oil for anxiety is a winner. CBD oil is proving safer and much more affordable than some of the drugs prescribed for anxiety.

The use of CBD oil for anxiety is growing as it is proving to be useful in the treatment of many anxiety-related disorders such as:

The Research into CBD for Anxiety

Several studies have outlined the potential benefits of CBD for anxiety.

Through the last decade of research, it is widely accepted that CBD can help calm and relax a person, as well as help with sleeping patterns which can be a massive problem for those suffering with anxiety. Many drugs that have been developed to help those with anxiety mimic the natural actions of CBD oil and because CBD oil works naturally it does what the drugs do but better.

As always, when considering a supplement or natural solution for a medical disorder it is recommended that medical advice be taken. CBD oil is available by prescription with varing strengths and concetrations. Getting medical advice will help you select the best CBD oil for your requirements. 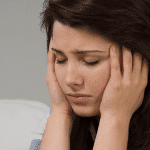 CBD and its Anti-psychotic Properties
CBD Oil for Pain