In New Zealand, between 16,000 and 20,000 people suffer from Chronic Fatigue Syndrome or Myalgic Encephalomyelitis (ME). It can affect people of any age, ethnic and socio-economic group. However, women are more likely than men to develop this condition. It is normal for some people to be tired all the time when they fail to get enough sleep due to illness. Such tiredness disappears once they get treated and manage to get sufficient sleep. However, other people have no known cause of the tiredness, they never improve even when their sleep improves, and the tiredness gets worse with mental and physical activity. If this continues for a long time, it is known as chronic fatigue. It has no FDA-approved medical treatment, and any treatment given is trial and error and involves too many adverse side effects. However, chronic fatigue can be resolved by taking CBD oil to improve the quality of life.

Overwhelming chronic mental and physical fatigue affects normal daily functions such as driving a car, working, talking, thinking, cleaning the house, and entertaining. Work suffers. Health suffers. Even relationships do suffer when family and friends fail to understand the never-ending fatigue. As a result, the chronically tired person may develop anxiety, anger, and guilt in response to people’s reactions. The best way to tackle the problem is to treat any underlying medical conditions first.

Fatigue or tiredness is a common symptom of illnesses such as adrenal fatigue, thyroid disease, lupus, diabetes, fibromyalgia, sleep apnoea, anemia, Lyme disease, and heart disease. It can also follow a viral infection. If you have any of these problems or you don’t have any known medical problem, but you are constantly tired, see your doctor.

A 2016 study identified a “characteristic chemical signature” in chronic fatigue sufferers who had underlying biology similar to the state of dauer. Like hibernation, dauer is a way of keeping you alive by severely limiting functions of ordinary life such as energy, digestion, and movement.

A 2017 study by Davis and Jose Montoya found evidence of a hyper-inflammatory response. Davis wrote, “There’s been a great deal of controversy and confusion surrounding ME/CFS – even whether it is an actual disease… Our findings show clearly that it’s an inflammatory disease and provide a solid basis for a diagnostic blood test.” Apparently, the immune system can be stimulated by an unknown cause and then enters a complete abnormal fight mode, activating a hyper-inflammatory response which can continue even after the initial trigger has been resolved. This problem can be resolved by taking an anti-inflammatory remedy like CBD oil.

Getting a diagnosis for chronic fatigue is not easy since it can accompany various illnesses. If you have no diagnosis after spending thousands of dollars, or if you are being treated for a diagnosed illness but you are still not getting relief from chronic fatigue, note that most doctors are not trained to deal with chronic fatigue syndrome. Therefore, consider natural ways such as CBD oil to increase energy levels. CBD oil is an effective, non-toxic remedy for distressing symptoms like fatigue, chronic pain, and sleep disturbances associated with chronic fatigue.

Many published reports have demonstrated the effects of cannabis on inflammation. A report by scientists at the University of South Carolina showed that a combination of THC and CBD suppressed swelling of the brain in multiple sclerosis patients. Similar brain inflammation symptoms, which cause cognitive impairment and severe neuropsychological problems, have been observed in the brains of chronic fatigue syndrome patients. Therefore, it is reasonable to use CBD oil for treating brain inflammation in chronic fatigue sufferers.

CBD oil helps to alleviate the difficult mood problems that chronic fatigue sufferers experience. Brazilian scientists reported that CBD has potential as a remedy for anxiety and depression. This assessment supports anecdotal accounts from people using CBD products that are widely available in licensed and unregulated cannabis sources.

Sleep is necessary for complete body and mind rest. CBD relaxes body and mind, reduces stress and anxiety, and helps to improve the quality of sleep. In one study, the administration of 160mg of CBD per day increased total sleep time and decreased the number of arousals during the night.

CBD and other cannabinoids interact with what is now known as the endocannabinoid system in the body. The main function of this system, which was discovered in the late 1980s, is to maintain a state of dynamic equilibrium in the body. Since chronic fatigue is a state of total body disequilibrium, CBD oil brings much needed equilibrium while treating several symptoms at the same time.

So far CB1 and CB2 receptors have been found in the endocannabinoid system all over the body. These two are associated with energy and mood. CBD does not influence these receptors directly, but it modifies the way they bind to other chemicals including neurotransmitters. It also prevents the destruction of endocannabinoids, thereby promoting balance in the physiological functions.

Because marijuana has been demonised for too many decades, any mention of cannabis gets many people worried. The first thing that people need to understand is that CBD oil is made from cannabidiol that is extracted from hemp that has 3% or less tetrahydrocannabinol (THC). Therefore, it will not produce a high. Secondly, no addiction or overdose problems have been identified. However, it has side effects on some people. The side effects reported on CBD oil include:

According to the World Health Organisation, other possible side effects that need more study include:

The effects on the immune system are particularly important for chronic fatigue which is believed to involve a chronically overactive immune system.

CBD oil is an effective remedy for chronic fatigue that works by reducing inflammation in the body and brain, and it improves sleep and thereby provides much-needed rest. It does all this without causing too many harsh side effects. 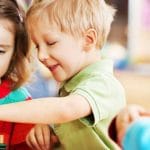 Treating the Symptoms of Autism with CBD Oil 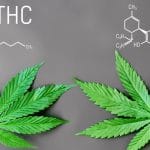