By Ron Goedeke
Posted April 3, 2019
In Research
Cannabinoids on Inflammation2019-04-032020-02-21https://cbd-oil.co.nz/wp-content/uploads/2018/06/logo.pngCannabis and CBD Oilhttps://cbd-oil.co.nz/wp-content/uploads/2019/04/inflammation_main.jpg200px200px
0
byRon Goedeke
Evidence Based This article is based on scientific evidence, written by an expert. This article contains scientific references linked throughout.

In modern western life, people are becoming more inflamed through poor nutrition, environmental toxins and sedentary lives. As technology has evolved, we are becoming lazier, using more harmful chemicals and eating quick and easy processed foods, all which have been shown to be pro-inflammatory.

Inflammation is regarded as the root of most diseases, which is why it is so important to be consuming plenty of natural anti-inflammatories in our diet. Most plants in our diet are anti-inflammatory but the cannabis plant especially has been shown to suppress inflammatory response and subsequently decrease disease symptoms. The flavonoids present in cannabis and many other plants are potent antioxidants as well as the cannabinoids which work together and offer anti-inflammatory effects throughout the body.

Cannabis has been shown to induce tumour cell death and inhibit tumour angiogenesis, the growth of blood supply to cancer cells. Being able to slow down and reverse the blood supply to a tumour is one way to help the body take control of it and stop cancer from spreading.

The cannabinoids in cannabis may also be beneficial in certain types of cancers that are caused by inflammation. In these inflammatory situations, cannabinoids can either directly stop tumour growth or suppress inflammation and tumour angiogenesis.

Chemotherapy can be a lifesaving option for some cancers, however as it kills cancer cells and immune cells, when the treatment stops, there is no immune system left to contain any remaining cancer cells which can thrive without an immune system to stop them. There are plenty of anti-cancer cannabinoids in cannabis that work best together, rather than just CBD or THC separately.

Immune cells are supposed to recognise abnormal cells and destroy them, however a tumour can go unrecognised because it looks like a normal cell. Cannabis has been shown to help refocus the immune system to better recognise cancer cells.

However, not all cancer cells respond the same way as they all vary in forms and size. Some respond well to cannabinoids and some don’t. While it can help your body fight the disease cannabis is not a locked in cure for anything. Cannabis can however help cancer patients beyond fighting the disease by mitigating some of the negative side effects of chemotherapy such as nausea and lack of appetite.

*There are no official clinical trials on the interaction between human cancer cells and cannabis. These results have come from animals, cancer patients and unpublished studies

Cannabis can help digestive issues such as leaky gut, IBS and colitis through its host of anti-inflammatory and relaxing properties.

Cannabis and the Pharmaceutical Industry 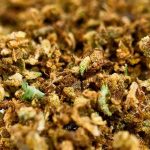