A receptor can be described as a lock on the surface of a cell. When the correct key binds with the right receptors, it delivers a message such as the message of pain. These receptors are used to receive endocannabinoids that our body naturally produces as well as phytocannabinoids (plant based) such as CBD and THC. CB1 and CB2 receptors can only accept cannabinoids in order to fire which led us to find humans make our own cannabinoids. THC fits perfectly into CBD1 receptors which are primarily bound in the brain and explains it’s ability to create a high.

CBD does not fit directly into CB1 or CB2 receptors but displays unexpectedly high potency as an antagonist of CB1 and CB2 receptors. This raises the issue of breaking down the cannabis plant into individual compounds and how they act compared to leaving them as a whole and experiencing a synergistic effect, having all the cannabinoids acting together as nature intended.

One use of cannabinoids and the endocannabinoid system would be at the site of an injury, where they can be found decreasing the firing of nearby nerve, calming immune cells, preventing excess inflammation and managing pain. What you may have heard called the “runner’s high” is actually an expression of the endocannabinoid system with your body making its own cannabinoids. CBD also oil induces the release of our own cannabinoids. Humans produce very small amounts of cannabinoids but supplementing small amounts of CBD oil will actually encourage our body to produce more.

SAVE & ACCEPT
CBD and Cannabis Infographic 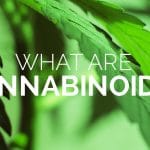