CBD AND ITS ANTIPSYCHOTIC PROPERTIES

The use of cannabis as medicine dates back to over 5000 years ago where it was used as part of ancient Chinese, Indian and Roman medicine for the treatment of battle wounds, epilepsy, tapeworm infections and more. Due to the psychoactive properties of cannabis-based products and the huge smear campaign against the plant, many governments around the world placed a ban on the use of the substance in the 1920s until recently where the policies have been revisited. Through a growing body of research and public demand, the use of medical cannabis has been approved in many countries with laws allowing doctors to prescribe cannabis-based products.

There is a huge pile of evidence pointing to the vast medical benefits of using CBD and other cannabinoids for a wide range of medical conditions like epilepsy, multiple sclerosis, neuropathic pain, migraines, diabetes, osteoarthritis, chronic pain, detoxification, anti-inflammatory, cancer and as antimicrobial agent.

Before the discovery of CBD in 1947, the therapeutic activities of the cannabis plant were linked to the high concentration of the psychoactive tetrahydrocannabinol (THC) which can cause the user to get high at high doses. Further research into the chemical content of the cannabis plant revealed the presence of CBD with antipsychotic effects and little to no negative side effects. The recent moves to legalise the use of CBD were based on its therapeutic use in psychiatric conditions and its ability to serve as a replacement prescription for a wide range of disease conditions without tampering with the mental and physical health of the body.

The antipsychotic activities of CBD have been identified in the following ways;

CBD has a high level of interaction with the endocannabinoid system (ECS) to boost brain and neural health. It promotes neurogenesis (the formation of brain cells) and can also interact with the CB1 and CB2 receptors of the endocannabinoid system to control cognitive responses like hunger, hormonal balance, pain and response to disease. Unlike THC, CBD can achieve this without getting you high or affecting your mental health. The use of CBD in boosting the transmission of nerve impulses across the body system is also widely recognised.

Adequate rest and sleep depend on the release of certain hormones. CBD can interact with the ECS system to trigger the release of feel-good hormones capable of promoting sleep, calming the nerves and reducing the rates of exposure to anxiety and depression. CBD has been identified as an important medication for mental health and sleep disorders.

CBD has been identified to elicit a wide range of therapeutic activities including serving as an antioxidant, anti-inflammatory, anticancer, antiemetic, antimicrobial and antitumor agent. It also comes in handy in replacement therapy and assisting people to overcome withdrawal symptoms. Unlike other over-the-counter prescription medicines, CBD does not produce withdrawal symptoms after prolonged usage.

The antipsychotic activity of CBD and its ability to elicit little to no side effects is the major reason behind the legalisation of medical cannabis and CBD oil in many parts of the world. Although more research-oriented data may be required to understand how this is possible, there is a high level of indication showing that CBD is good for mental health. 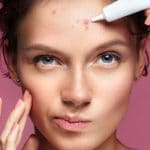 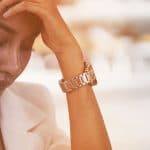