HOW CBD WORKS TO HEAL SKIN WOUNDS AND BURNS

The earliest reports on the medicinal use of the cannabis plant can be traced to as far back as 5000 years ago where it was used as part of ancient Chinese and Roman medicine in the treatment of tapeworm infections and wound healing. Although the mechanisms of action were not properly understood at that time, there was a clear indication that the cannabis plant can promote wound healing and skin health.

The human skin functions as the body’s first line of defense against external agents such as viruses, bacteria, fungi, and toxins. It is the largest organ of the body and covers everything from the vital organs to bones and muscles. The skin is water-resistant and may function to protect the body from losing too much water and in the regulation of the body’s temperature. The skin can also absorb important nutrients like oxygen, Vitamin B and Vitamin D.

Taking care of the skin for many people involves several attempts to protect its cellular integrity with the right products. To this end, it has been discovered that some of the skin care products may contain harmful chemicals that are either carcinogenic (cancer-causing), toxic and can damage the skin cells, thus raising concerns and the need for alternative treatment options like CBD and other natural products to promote wound healing and skin health.

The use of CBD oil has been widely reported to promote the maintenance of healthy skin with little to no side effects all thanks to its interaction with the endocannabinoids receptors present in the skin. CBD can promote wound healing and burns in the following ways;

Experiencing chronic inflammation at the site of burns or wounds on the skin can be very common, especially if not properly checked with the right anti-inflammatory agent like CBD. A CBD topical can interact with skin cells and the ECS receptors (CB1 and CB2) to form a protective coat around wounds thus promoting healing and reduced exposure to pathogenic microorganisms. It also comes in handy in the prevention of other skin conditions like itching, bug bites, scrapes, and burns and other inflammation induced skin conditions like rashes, sores, redness, and dryness. CBD can assist the body in getting rid of irritation associated with wounds and burns.

CBD has a fantastic record in improving skin health through the provision of omega-3 and omega-6 fatty acids. CBD oil also contain gamma-linolenic acid (GLA) which produces relief to inflamed skin. The combination of these compounds brings about a healthy wound healing process without the addition of harmful toxins associated with the use of steroids.

One of the major concerns with an open wound is keeping it clean and preventing any bacteria from getting in and causing an infection. Cannabinoids like CBD have show antibiotic action and protect against different forms infection causing bacteria.

CBD can also elicit an antioxidant effect which helps in neutralizing the harmful effects of free radicals in circulation. The usefulness of CBD to skin health cannot be overemphasized, and over time, we will come to have a better glimpse of how this is possible from further clinical and laboratory-based research data. 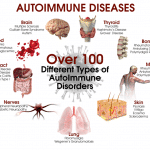 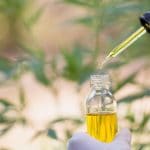