Epilepsy is a complex disorder that is difficult to treat. Conventional medication when used to treat the disorder often has side-effects that in some ways defeat the objective of the drug.  Some of the drugs, as is quite common, become less effective when used over long periods of time and alternative medication is sought. Conventional medication is as effective as it can be and clinical trials continue into how best to treat epilepsy. This being said growing numbers of people suffering from epilepsy are looking for natural solutions to the problem and one of the most noted natural treatments for epilepsy is CBD.

CBD Oil is a powerful resin that has many medicinal uses and is available from a growing number of pharmacies and stores. It is made from cannabis, however, with the Tetrahydrocannabinol (THC) removed there is no high. Extracted from cannabis flowers and buds CBD oil can also be produced from hemp, the most common form of oil.  CBD oil is extremely safe to use and while not giving the high associated with the recreational drug it does retain the many well-known health benefits. For this reason, the drug has gained popularity and it has seen an increase in people using it for a variety of conditions, including the treatment of epilepsy.

The biggest and most notorious symptom of epilepsy is the seizures. Experts are still not entirely sure as to what causes this widespread autoimmune disorder and epilepsy research yields little answers as to how to prevent the disorder. Nearly all medication used in the treatment of epilepsy is aimed at controlling and reducing the seizures in a person.   Research into the anti-seizure properties of CBD is showing that the product can significantly reduce the numbers of seizures in epilepsy sufferers. In fact, the use of CBD in treating epilepsy is one of the few areas where growing conclusive evidence is forthcoming.  CBD is shining some hope for those who suffer with disorders such as epilepsy that cause seizures, according to a number of sources.

What facts are known about CBD and Epilepsy

The benefits of CBD have been known for many years and its use in Chinese medicine can be noted over a couple of thousand years.  One of the facts about CBD oil that is known is that it works with the CB1 and CB2 receptors in the brain and the body and in doing this has tremendous relaxation properties that reduce levels of stress. There are some known links between epileptic fits (seizures) and stress.  However, finding the level of CBD used to control seizures is the challenge and it does seem that using less is more with lower level intakes of CBD producing more effective results.

Anti-seizure studies have been very promising and tests on epilepsy sufferers have shown and average of just over a 35% reduction in the number of seizures over an extended period of 3 month while using CBD.  Small amounts of CBD, 2 to 5mg per day showed the best results. Unlike conventional medication where most patients showed side-effects only 12% of patients on average demonstrate any side effects when taking CBD. 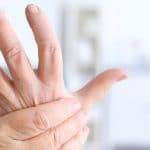 What can CBD Oil do for Arthritis?