Cannabis has been used for thousands of years for medicinal and spiritual purposes. Since it was banned due to psychoactive effects, scientists focused on varieties with less tetrahydrocannabinol (THC) which causes those psychoactive effects. In such varieties, cannabidiol or CBD is the most prevalent cannabinoid and is responsible for many medicinal effects. CBD is mostly used as CBD oil which has been extensively studied since the middle of the 20th century. Here are some of the scientific findings from human trials.

CBD is a pain killer. In a 2018 study, CBD effectively improved pain, mood, sleep, and the quality of life through its analgesic and anti-inflammatory properties. A 2016 study found that topical application of CBD relieved pain and inflammation related to arthritis.

Research has found that through its neuroprotective, antioxidant, and anti-inflammatory properties, CBD can prevent or stop the damage of brain cells when given at certain concentrations. Scientists also found that it protects brain matter and stops the death of brain tissue after traumatic brain injury or a stroke.

Anxiety and depression normally go hand in hand and they can both be relieved through the use of CBD. A scientific review found that CBD effectively reduces many types of anxiety disorders. In a 2014 study, CBD showed promise as a treatment for depression. These findings are related to CBD’s ability to act on the serotonin receptors in the brain. N.B. Serotonin is the neurotransmitter that regulates many functions in the body including the emotional state and social behaviour. Keeping its levels in balance is the usual therapy for depressed people.

CBD is a remedy for substance abuse

In one study, CBD reduced mood swings, anxiety, pain and insomnia experienced by patients with opioid abuse problems. Then a 2019 clinical study involving 42 men and women who abused heroin for an average of 13 years divided the participants into 3 groups. The groups received either 400mg of an oral CBD solution or 800mg of oral CBD solution or a placebo for three consecutive days. Then scientists studied the participants for two weeks in which they watched images and videos with drug-related signals such as syringes, intravenous drug use, packets of powder, and rubber ties. CBD reduced anxiety and cravings brought on by the drug-related cues 2 to 3 times greater than placebo. Also, heart rate and stress levels were significantly lower in the groups that took CBD. There was no noteworthy difference between the two CBD groups.

CBD has been found to be effective for managing hypertension. In a randomized, double-blind crossover, and placebo-controlled study, 9 healthy men received either 600mg of CBD or placebo. Resting blood pressure went down in those who took CBD. When subjected to stressors that increase blood pressure, the men who received CBD experienced a smaller BP increase than placebo.

A review has found that CBD can calm the body and mind and promote better sleep by reducing restlessness, anxiety, stress, and general imbalances in the body.

Research has found that CBD delays signs of aging by improving the production of collagen which is what is required for stronger bones and firm skin and muscles. It also improves the appearance of scars, wrinkles and skin discoloration. It also delays aging through its anti-inflammatory, antioxidant, anti-stress and deep moisturizing effects.

CBD treats and prevents both type 1 and type 2 diabetes. In one study involving people suffering from type 1 diabetes, CBD eased the inflammation in the pancreas. N.B. type 1 diabetes is an autoimmune disease in which the immune system attacks pancreatic tissue cells. It has also been found to reverse type 2 diabetes by reducing insulin resistance through its anti-inflammatory properties.

CBD is treatment for cigarette smoking

CBD is great for people fighting nicotine cravings. In a 2013 pilot study, smokers who used inhalers containing CBD reduced the number of cigarettes they smoked and stopped their nicotine craving. Then in a 2018 study, CBD helped to reduce cravings for people who were withdrawing from tobacco. This was attributed to its relaxing effect.

In one study, CBD prevented loss of the ability to recognize faces of acquaintances. This was the first evidence that CBD can potentially prevent symptoms of Alzheimer’s disease, one of many signs of dementia. In another study, CBD could treat irritability, disinhibition, agitation, unusual motor behavior, nocturnal behavior disorders, and abnormal vocalization which are all mental symptoms linked to dementia.

One study found that CBD prevents nausea and vomiting in cancer patients undergoing chemotherapy. Another study found that it relieves inflammatory bowel disease and other inflammatory conditions in the gut. CBD also restores the permeability of the endothelial membrane, making it a potential remedy for leaky gut syndrome. A paper published in the journal Phytotherapy Research in 2012 has evidence that it is effective against Irritable Bowel Syndrome.

A review found that CBD has anti-psychotic effects similar to certain pharmaceutical drugs and may be seriously considered for treating schizophrenia.

In a 2014 study, CBD oil reduced the production of sebum which is known to cause acne if produced in large amounts. In another study, topically applied CBD oil reduced inflammation in psoriasis and other inflammatory skin conditions.

Many studies of the use of CBD for treating epilepsy have found that it has anti-seizure properties without side effects. It can also treat disorders that are related to epilepsy, such as neural injury, neurodegeneration, and psychiatric diseases. This is why in 2018 the FDA approved a CBD-containing drug called Epidiolex for the treatment of Dravet syndrome and Lennox-Gestaut syndrome is children 3 years old and over.

When using CBD for the treatment of epilepsy and psychotic disorders, scientists found that in some people it may have side effects such as diarrhoea, tiredness and changes in appetite and weight. However, they also found that it had a better side effect profile compared to drugs that are commonly used for these conditions.

Results of CBD oil in human trials2021-01-202021-01-20https://cbd-oil.co.nz/wp-content/uploads/2018/06/logo.pngCannabis and CBD Oilhttps://cbd-oil.co.nz/wp-content/uploads/2021/01/cbd-trials.jpg200px200px
About
Admin
At the CBD Oil NZ team we're looking to provide you with up to date information on CBD in New Zealand regarding new research and regulation.
Comments

We use cookies on our website to give you the most relevant experience by remembering your preferences and repeat visits. By clicking “Accept”, you consent to the use of ALL the cookies.
Cookie settingsACCEPT
Manage consent 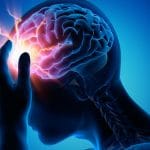 How CBD Can Help With ConcussionsCBD Oil 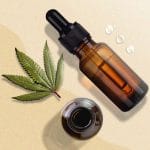 Hemp Oil vs CBD Oil – What is the difference?CBD Oil