Many people suffering from the long-term effects of concussions are turning to CBD for alleviation of symptoms and recovery. Concussions are common in people involved in vehicle accidents, in kids and adults who accidentally fall, and most common among sports persons, particularly those who play contact sports such as rugby. While some people have short-term symptoms and recover on their own, others have long-term symptoms that require medical assistance. Since typical medication only alleviates symptoms temporarily, many people are turning to CBD since it helps brain cells to recover and alleviates most symptoms.

What is a concussion?

A concussion is brain injury caused by a blow, knock, or jolt to the head or by a hit to the body that causes the head to move back and forth rapidly. This trauma can cause the brain to shake and twist in the skull, which then stretches and damages brain cells or causes chemical changes in the brain. The injury affects how the brain works.

How a concussion negatively affects the brain

Medically, a concussion is considered to be “mild” brain injury because it is not life-threatening. Still, the effects can be serious since it causes physical and chemical changes that affect how the brain functions. The effects can last a few hours or a few days, or a few weeks or longer than a year. Problems are compounded through multiple concussions, mostly seen in contact sports.

Inflammation of the brain is a huge issue when it comes to concussions. It usually helps during an immune response, but when the inflammatory cells are recruited to the brain, they worsen concussion symptoms because the head can’t withstand the pressure easily.

Short-term effects of a concussion

After suffering a concussion, the injured person may have a headache, brain fog, dizziness, delayed response to questions, nausea, vomiting, ringing in the ears, fatigue, blurred vision, and sensitivity to light and sound. He may also experience confusion and, sometimes, memory loss especially after loss of consciousness.

Long-term effects of a concussion

Some symptoms may manifest hours or days after the trauma to the brain. These include memory problems, trouble concentrating, irritability and other personality problems, sensitivity to light and noise, depression and other psychological problems, sleep disturbances, and disorders of taste and smell.

Most of these symptoms resolve within a few weeks. However, 40 to 80% of concussed people may suffer from post-concussion syndrome in which they continue to experience symptoms after six weeks, and 10 to 15% of them experience symptoms for more than a year. People who have more concussions tend to suffer long-term effects, especially if they don’t take time to recover between injuries. It is these cumulative concussions that lead to depression, behaviour change and even suicidal tendencies.

Generally, people with post-concussion syndrome do recover with rest and minimised stress. Doctors may treat headaches with migraine and pain medications, prescribed and over-the-counter. Neurologists may be involved in treating mental health symptoms and cognitive impairment using antidepressants, cognitive therapy and psychotherapy.

Medical approaches aim to alleviate symptoms and may, or may not, help patients to recover. If the headaches continue, the sufferers simply continue to take medication and this may lead to problems such as overdose and dependency.

Luckily, CBD can be very useful and sufferers are choosing to take it to ease pain and inflammation since it is safe and not psychoactive. It contains a number of medicinal properties and therapeutic benefits which reduce the physical, mental and psychological issues. In fact, CBD helps brain cells to recover.

The endocannabinoid system in humans and other mammals produces cannabinoids and it has receptors that interact with cannabinoids. Therefore, the body is naturally equipped to handle CBD without any ill-effects. CBD helps post-concussion syndrome patients through a number of different ways. Here is how it works in the body to bring relief for.

People suffering from post-concussion syndrome suffer from a lot of headaches so they can benefit from CBD’s analgesic and anti-inflammatory properties. CBD is already popular among people who suffer from chronic pain who are trying to avoid the risks of addiction and overdose associated with taking opioids. Even scientists have tested it in a number of studies, e.g. the study published in Neurology in December 2018, and found it to be effective in improving pain, mood, sleep, and the quality of life.

At certain concentrations, CBD can prevent or stop the damage of brain cells through its antioxidant, neuroprotective and anti-inflammatory properties. It has been found to preserve brain matter and stop the death of brain tissue after a stroke or traumatic brain injury. This is exactly the reason why many current and retired sportspersons are benefiting from CBD.

CBD reduces depression and anxiety and generally lifts the mood. In a review published in Neurotherapeutics, scientists found that CBD is effective in reducing many types of anxiety disorders. A number of animal studies confirmed that it has anti-depressant effects. These effects are related to its ability to act on the serotonin receptors in the brain. N.B. Serotonin is the neurotransmitter that regulates moods and social behaviour.

The constant pain and other symptoms, together with frustration, lead to stress. CBD calms down the mind, improves sleep, relieves pain and generally relieves stress.

Through different approaches, CBD can help effectively prevent some of the harmful effects of concussion injuries, stop inflammation, alleviate symptoms, and help the brain to recover without causing any undesired side-effects and no one can overdose on it. Anyone who has had a concussion can begin to take it soon after injury to manage pain, to reduce inflammation and to prevent long-term effects. Anyone with post-concussion syndrome can reverse the symptoms and actually recover safely.

How CBD Can Help With Concussions2020-11-062020-11-06https://cbd-oil.co.nz/wp-content/uploads/2018/06/logo.pngCannabis and CBD Oilhttps://cbd-oil.co.nz/wp-content/uploads/2020/11/concussion900x500.jpg200px200px
About
Admin
At the CBD Oil NZ team we're looking to provide you with up to date information on CBD in New Zealand regarding new research and regulation. 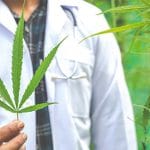 The potential concern for fake and misleading CBD products.CBD Oil